Men and Their Need for Adventure

Live a Life of Adventure Captain Cook, from a time of exploration and adventure.

We now live in a very monotonous world. Gone are the days where every day was truly an adventure. In the time of the Roman Empire, adventure was everywhere, from Gladiatorial battles to actual exploring of new found territory, to pondering on the wonder of the world that was still so unknown.

In the middle ages men were setting out on decade long expeditions, discovering new land, batting pirates and conquering.
Even in modern history, such as in the 40's, we had the terrifying World War II, but it still created adventure for the soldiers involved, travelling to places such as Europe and the Pacific, fighting for freedom - a noble cause.
Life was rich. Now we choose to live a life of mediocrity
Now-a-days, it seems we simply know too much, and it's hard to break the mundane repetitive cycle of getting up, going to work, coming home, eating and sleeping. Excitement is lost on many, who convince themselves that they don't need adventure, and the most important thing right now is work, and getting ahead.

But the currency of life isn't in dollars, it's in time and experiences, and we should aim to fill our lives with adventure, with adrenaline and with rich experiences. Life is too short to waste it away on the daily grind. What ever happened to the dreams of ours as kids, where we pictured ourselves conquering great feats and having grand tales to tell, only to get to high school and map out our lives with college, a steady job then retirement? Thankfully there are men like Elon Musk with grand visions.
Writing this, I am realising my life could do with a little more adventure that is essential to manhood. So the Gallantoro team will embark on our first expedition this year, and next year we will grow and invite all our friends and Gallantorians to join in, whether it be the Snowy Mountains, Yosemite or even one day, the Antarctic.
But until then, don't hesitate. Jump out of a plane, explore the sea, take a road trip or explore a foreign country. For at the end of your life, it's the experiences that you will remember. Beckham and his mates on a motorcycle adventure through Brazil. 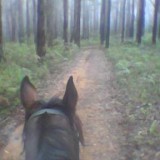 Interesting to read this, as early next year I chose to go to Patagonia and then Antarctica to explore, see and experience. I am looking forward to capturing this and sharing it as much as possible with my cameras